Del shares her story of moving from a rest home into a place she can call her own. 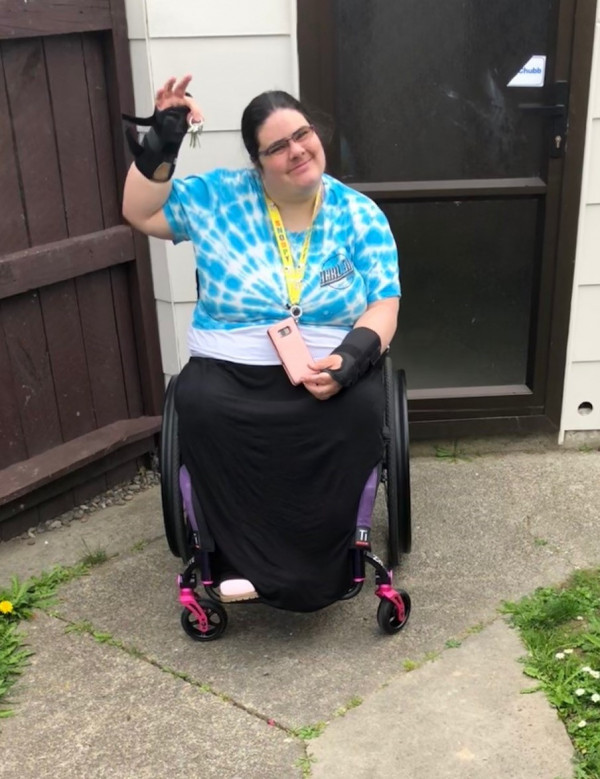 My own home – Del’s story

My journey to wanting my life back started earlier this year but, my story started last year. I ended up in hospital at the beginning of February 2017 and lasted 14 weeks. After that going home was no longer an option so I was placed into a rest home. I will admit, I did kind of give up and thought that my life was over and this was going to be my new "normal". Then some amazing people came into my life and I started to dream of a life outside of a rest home and instead in a home of my own with my two cats.

Then the hard work really started, finding a place that was wheelchair friendly. We looked at private, council and state housing. There were times I wanted to give up because it just seemed too hard and not worth it but I always had support behind me reminding me of my dream and one day making my own decisions. Don't get me wrong, the rest home I was in was great and had amazing staff but, when you are only in your mid 30s it's not the best place to be long term. I then got the call that changed my life forever. Housing New Zealand rung, they had a house and would I like to go and have a look at it? To be honest I thought I was dreaming and if I was not sitting down (I am in a wheelchair) I would have fallen over (haha.)

Once a home was found and I agreed to take it I was introduced to the wonderful team at Mana Whaikaha. There was such a short window of time between meeting my Connector and moving into my new home. Every one worked so hard behind the scenes to have everything in place for my move including the rest home. Not only were they amazing while I was there but, when I told them that I was moving in to my own place, management knowing I had nothing, sent out a notice to all staff letting them know and if they had anything spare going. It was lucky I was in my chair, (lol) because I was floored as to the support I was given by the staff. Everything from words of encouragement, them wanting to make sure that I was going to have the right level of support, to donating household items that I needed. I was blessed. Then the move day came, I woke and to be honest I didn't think I could do it. It was almost like I was being carried by everyone's enthusiasm. I knew it was something I wanted but was I really ready? When the movers rocked up, I knew then it was too late to back out. When I got to my place my Connector, Wendy, was there waiting for me with flowers, my amazing OT was there and then Julie and one of my support team came by to help me with my unpacking and any other jobs that might need to be done.

I was now into my own home.